Permanent change is our goal

The goal of our work against female genital mutilation/circumcision is that girls who live in Finland do not undergo FGM in Finland or abroad.

The Finnish League for Human Rights is doing long-term work on modifying attitudes towards female genital mutilation. Our actions stem from the principles of human rights.

Our main mode of operation is preventive work at a grassroots level, i.e. holding attitude-modifying discussions with people in Finland who’s countries of origin practice FGM. The discussions are carried out both with individuals and in groups.

Change of attitude requires accurate knowledge of the health problems and human rights aspects of genital mutilation as well as strong role models presented by people who have already started to oppose FGM.

As a result of our grassroots work the attitudes within communities have already changed in Finland. The majority of the Finnish Somalis – both women as well as men – are nowadays against the tradition.

Knowledge also travels across borders. The preventive work we do in Finland also has an effect outside our country. We have experienced that people living in Finland manage to prevent the genital mutilation of girls in their native countries by sharing knowledge about the dangers of the tradition.

Without constant work significant changes in attitudes do not necessarily remain permanent. This is why it is particularly important right now to continue the work of preventing female genital mutilation. 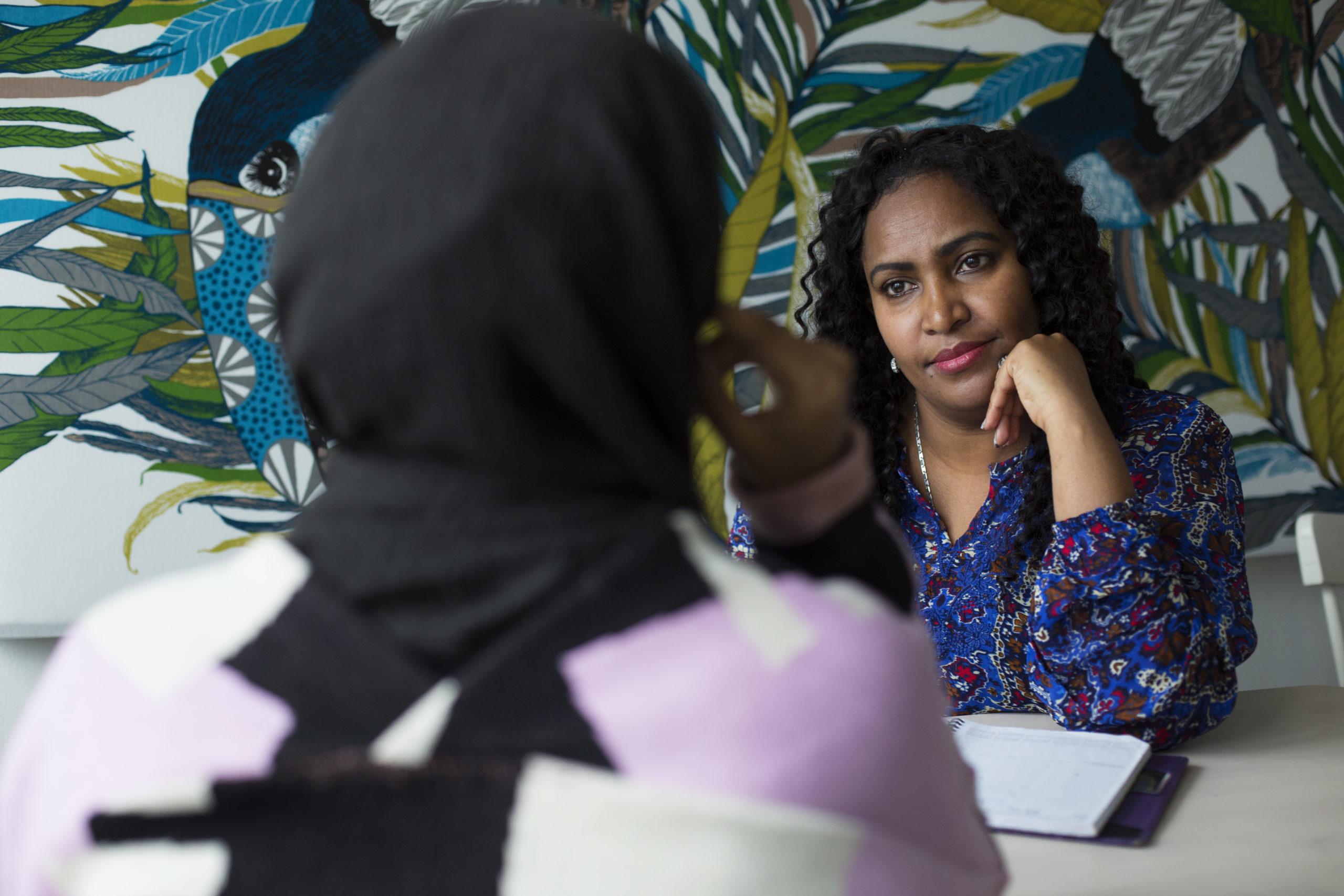 Over the years we have trained students and professionals from many walks of life in order for them to understand what genital mutilation or circumcision is all about and how to bring it up with a client in a tactful way. For example, the police and social authorities have received advice about FGM.

We also promote social advocacy in order to make legislation and the various authorities acknowledge female genital mutilation as a serious form of violence against girls and women.

According to our strategy, it is the responsibility of the state and the municipalities to train the people working within social welfare, health care, day care, in schools and child welfare, on the issues around FGM. This is, however, not the case at the current time. This is why we work at influencing the state to take the responsibility for preventing FGM and for supporting victims of it.

”I now have the courage to talk about FGM!”

Study on awareness and perceptions of FGM among Finnish Somali men

Our study, published in 2020, looks at the awareness and perceptions of female genital mutilation (FGM) among Finnish Somali men. It is based on qualitative data consisting of interviews with 29 Finnish Somali men living in the Helsinki region. Download a pdf of the study at Female genital mutilation (FGM) – Awareness and perceptions of Somali men in the Helsinki region, Finland (pdf)

What is female genital mutilation?

The practice of female genital mutilation is a very old tradition, often rooted in certain communities in Africa, the Middle East, and Asia. FGM is practised by various ethnic and religious communities, who justify it by a variety of cultural, social, economic, religious, or other reasons.

A range of terms is used for the mutilation. Internationally, it is frequently referred to as FGM (female genital mutilation), meaning dismemberment of the sexual organs of girls and women. The term FGC (female genital cutting) is also used, as is a combination of the two, FGM/C.

In The Finnish League for Human Rights, we talk of both female genital mutilation and female circumcision.

According to a Unicef estimate, there are about 200 million circumcised girls and women in the world. The World Health Organisation (WHO) classifies FGM into four main types. The female’s age and method of circumcision vary in different communities.

FGM has no health benefits. It leads instead to multiple complications, the immediate ones being pain, shock, haemorrhage, infections and even death. Long-term complications include chronic infections, urination problems, painful sexual intercourse, dangerous childbirth, infertility, and mental suffering.

Female genital mutilation is a form of discrimination against women and girls as well as a blatant violation of their human rights and should not be approved of under any circumstances.