Young Sámi people in an image series: What is it like to be a Sámi in 2010s Finland?

What is it like to be a Sámi and belong to the only indigenous people group in the European Union? It is wonderful and scary, unique, and ordinary. The Finnish League for Human Rights met five young Sámi who sat down to tell a little bit about their own life, future aspirations, and identity. 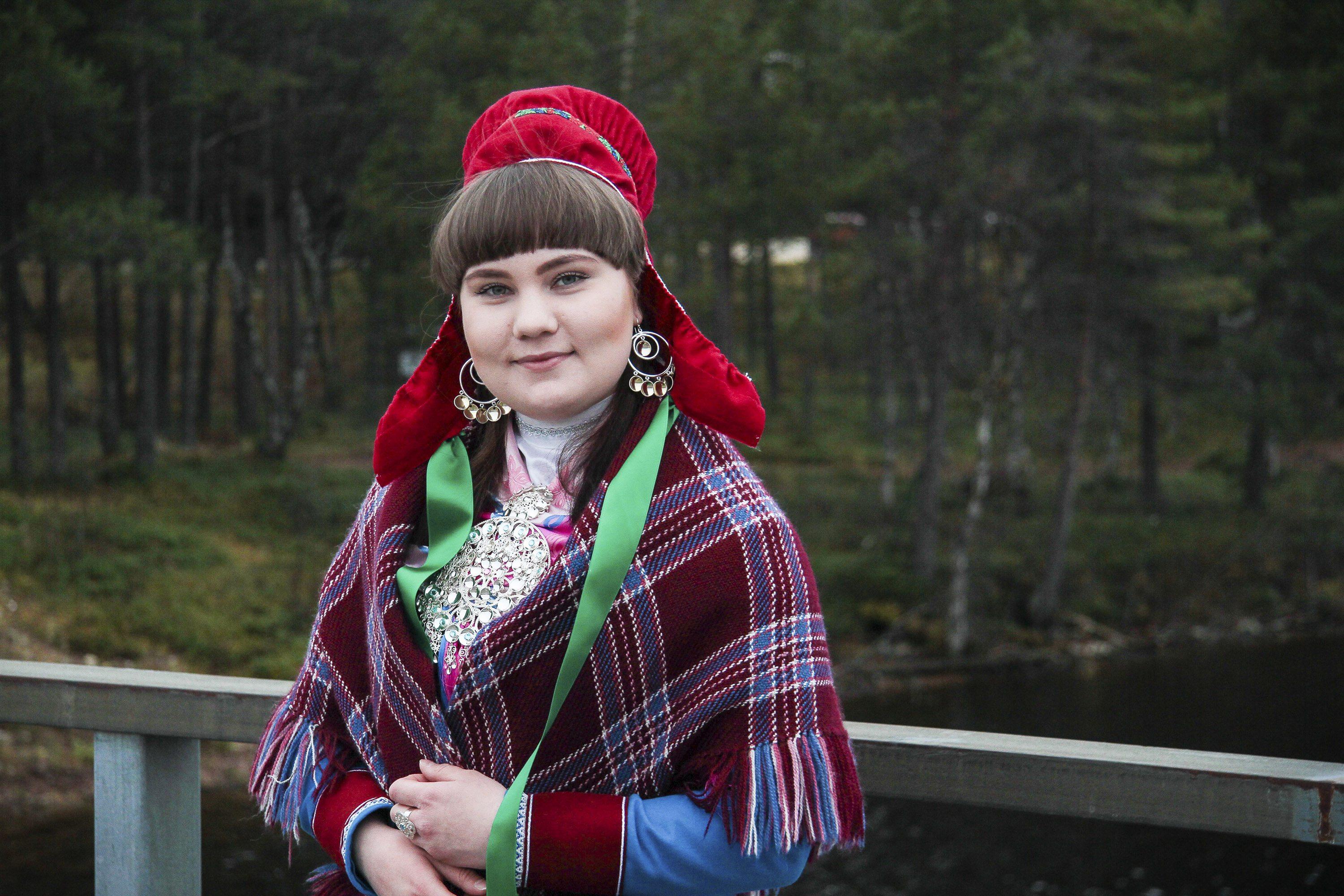 ”It’s never been unclear to me who I am, where I come from and where my roots are. I knew from an early age that I’m a Sámi. I was born and raised here in the north, in Karigasniemi, where I’ve been able to be who I am.

However, every young Sámi in the south, like me in Oulu, will face a lot of questions: Who are we? Who is a Sámi? Do we have reindeers? Sometimes it feels like having to give a small presentation every day of yourself.

For example, a couple of days ago, at a student party, we wore Sámi costumes and one girl came to ask what this is about. She thought the costumes were beautiful and told she had even googled a couple of years ago, ”how to become a Sámi”. We had to explain to her that one cannot simply just decide to become a Sámi.

Sometimes you get frustrated by all the explaining. However, I know that Finnish schoolbooks don’t teach anything about Sámi people. Maybe high school history books may include a fact box about us.

I want to complete my Sámi language studies in Oulu and then return here to the north. Maybe I’ll move to Inari, maybe to Norway’s side of the border. In Norway, I can use the Sámi language likewise. Crossing the border doesn’t affect everyday life.

In February, I began as chairman in The Sámi Parliament Youth Council. At home, I had said that I’d never run for politics, but here I am. First, I would like information be spread about Sámi people. Secondly, I feel we’re living such times that the Sámi people need to be defended.

Sometimes you feel powerless when you read the news about the decisions of the Finnish Parliament: for example, the National Forestry Act, invalidating the definition of Sámi and leaving the ILO 169 Agreement on the table. It’s annoying that we are regarded right away as futile whiners if we try to change these. Even though these are serious issues. If we want to keep our culture alive, we cannot accept such actions from the state.

I’ve faced hate speech and insults. For example, in academic dinner parties of first year students, people have called me rudolf-the-red-nosed-reindeer. Social media is also an easy channel to send hate speech. I always try to think the insulters don’t have the right information on the Sámi people. But of course, if shit is thrown all the time at you, you get tired with it. When this happens, I talk with my Sámi friends. We turn to each other and go through our experiences. This is the ethno-stress.

On the other hand, I’m overly positive and think that everything will always work out.” 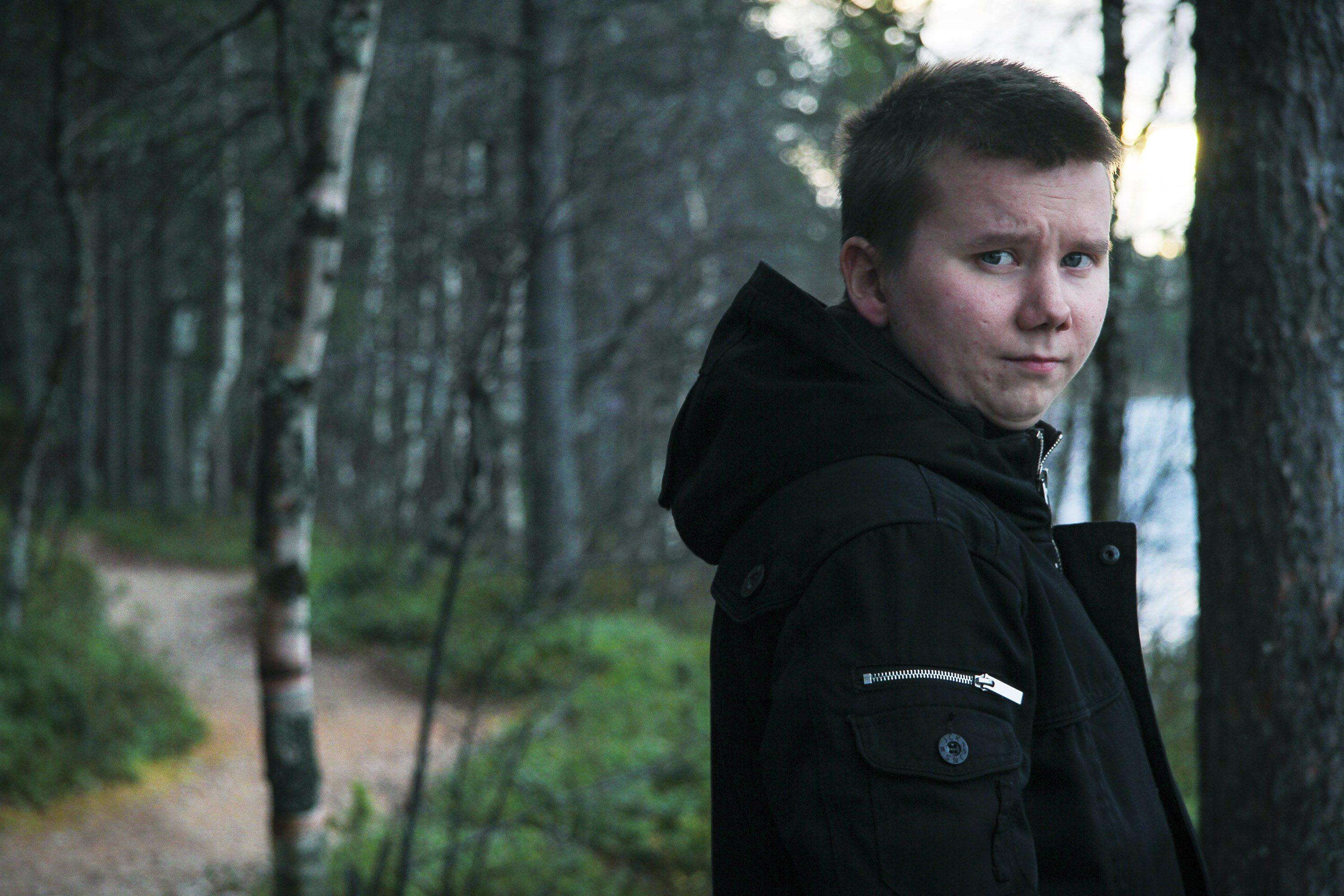 ”I was born in Talvadas, in the middle of Karigasniemi and Utsjoki. The nearest shops are 50 kilometres away. I grew up in Sámi surroundings and as Sámi-speaking. I haven’t had much to explain what the Sámi is about. This might be because I’ve lived all my life here up in the north and when I’ve been elsewhere, I have not spoken Sámi language aloud there.

In a high school, I realized I wanted to promote films made in Sámi language. It would be great to do more of those. To leave your imprint in the world. Publishing even just one film or a piece of music would do. I also make music. It’s an easy way to loosen up and discard other thoughts.

In my opinion, one thing that is clearly a part of Sámi culture, is storytelling. It would be great to capture the same feeling of mysticism on a video. When I was little, grandpa, uncle and mother told ghost stories. Everyone sat down in their place and settled down to listen. Stories have also served as baby-sitter – it was told that there is Kufihtar in the forest and Nixie in the water. The children stayed away from where they were not allowed to go, and adults didn’t need to be watching over all the time.

I feel it’s important to have forest around when you feel like walking or sitting down to relax. I lived in Rovaniemi four weeks due to a driving school, and there was restless. You weren’t able just to take a few steps to get into the forest.

I’m not that much familiarized with my own ancestry. A part of our lineage may have been reindeer herders, but not our family. My grandma and grandpa had cattle and sheep instead of reindeers. When talking about the livelihoods of Sámi people, such as fishing, I don’t feel them affecting me personally. At one time in my life I went to fishing, and it led only to my fishing rod to break.” 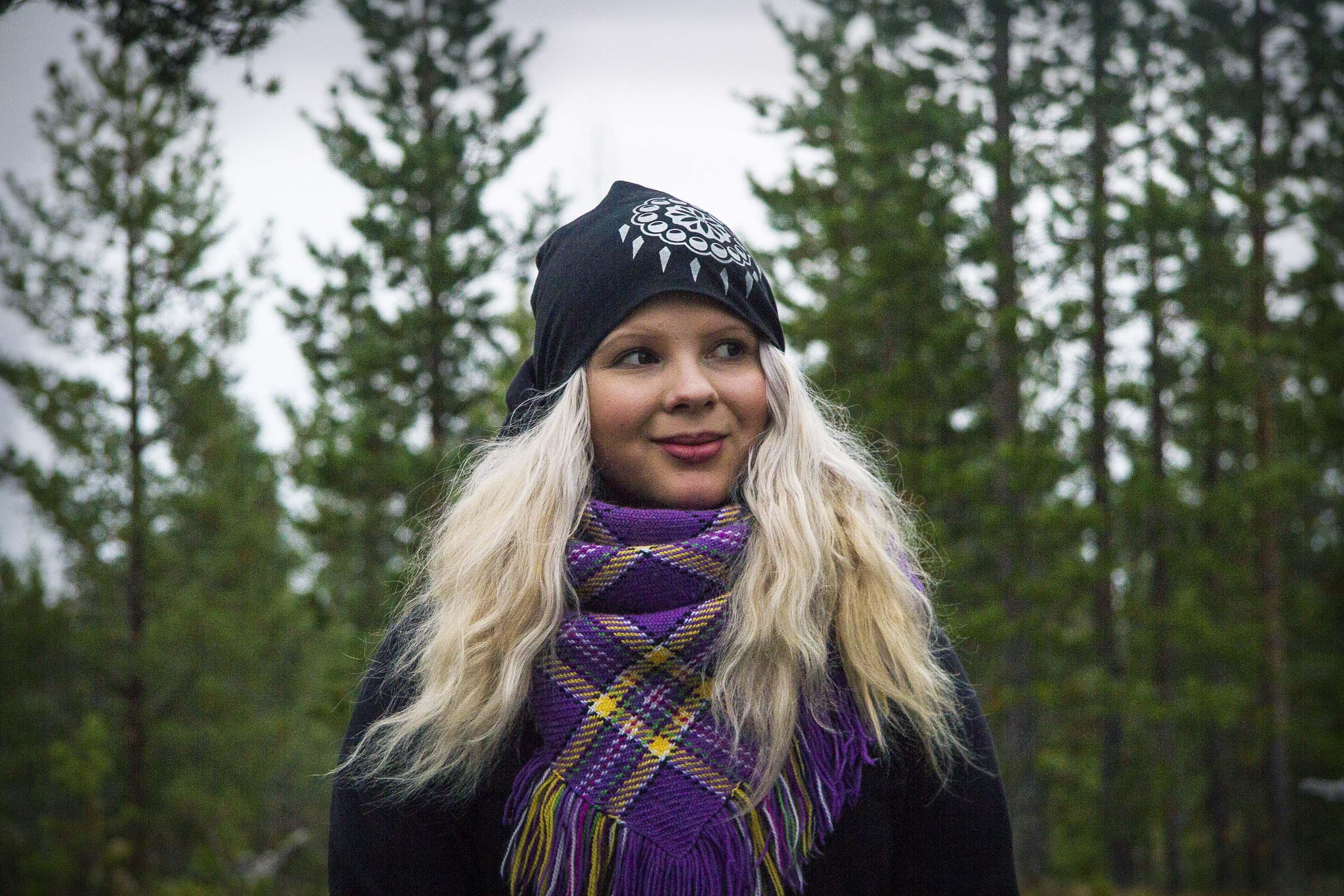 ”It’s a pleasure and a pride to be Sámi.

I am the only 17-year-old Inari, who is a native speaker of Inari Sámi. It’s probably different to be an Inari Sámi than a North-Sámi, since Inari Sámi is a much smaller language. You think a lot what the status of your own language will be after twenty years from now, and will your own children still be able to learn it. Sometimes it’s frightening not to know what the future holds.

When I was in a junior high school, I wondered why I was put into Inari Sámi language classes. I thought that if I could speak more Northern Sámi, I would have more classmates. I was alone in my classes, because I was the only Inari Sámi of that age. However, now I’m glad that my parents chose Inari Sámi group for me. It’s the true language of our family.

I go to high school in Ivalo, which is 40 kilometres away. However, culturally the distance is much larger. There people are wondering why my native language is Sámi and not Finnish: classmates think that it’s cool that I have attended school in Sámi language.

In the future, I’ll go to Oulu, study Sámi language and complete a master’s degree. After that, I’ll come back here to Inari. I want to do something for the language and culture, maybe as a teacher. There isn’t much knowledge of the Sámi people among Finns. It’s very confusing. On the other hand, some might say at first, that they know nothing about the Sámi, but then go on to comment that, ”how can you be a Sámi since you’re so light-skinned”.

The rights of the Sámi people are not fulfilled terribly well in Finland. The state of Finland walks over the Sámi. Traditions and traditional livelihoods are important to us, but this isn’t understood. It seems that the politicians don’t even know how we live here, but they still make decisions on our behalf. It’s totally incomprehensible.”

Aslak Holmberg, 28
Member of the Sámi Parliament and University Student 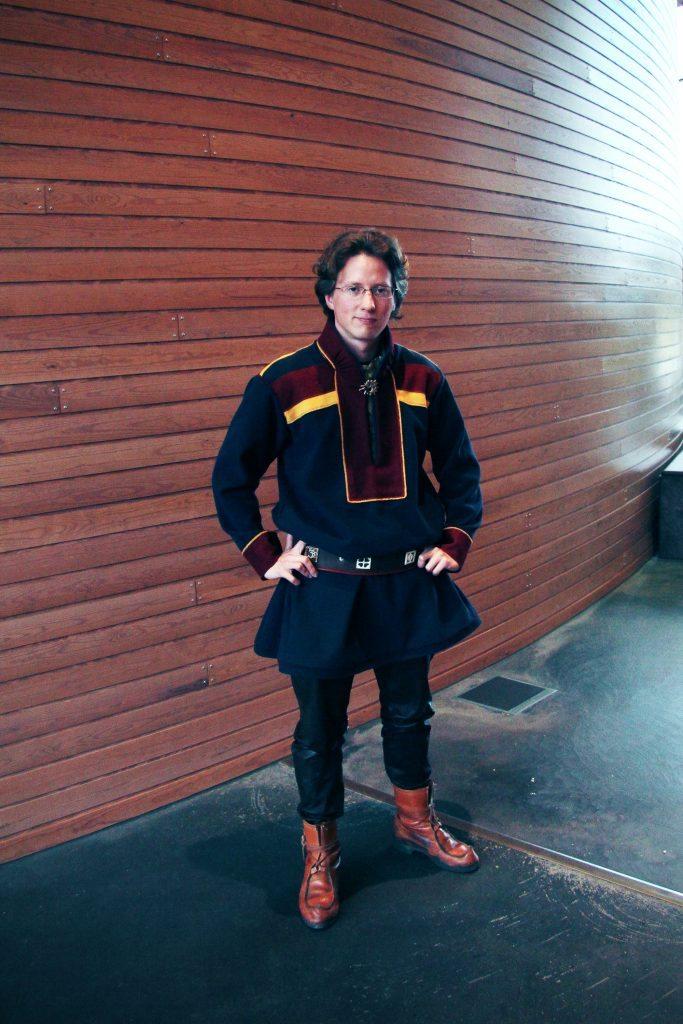 ”I’ve been in Sámi Parliament since January, and currently I’m its youngest member.

I major in indigenous studies at the University of Tromsø in Norway. Now, however, I’ve already been traveling a couple of weeks. I participate often in all kinds of meetings and seminars.

At times, it’s difficult to dream about the future, when there are so many things that are rather troubling. These concerns are both social and environmental. It seems that Finland has taken a step backwards in the development of Sámi people’s rights. Also, there’s a variety of unpleasant visions of what will happen with the climate. My dream is to be able to obtain food from the nature as self-sufficiently as possible in the future as well. Now I fish during summers. Will I be able to carry out this in the future if the nature no longer operates the way it has done before?

I guess my dream is to live in Nuorgam, where I originally come from. Let’s see where I’m going to drift. I want to explore the different parts of the world and have always loved to travel. I could work somewhere in the bigger cities in the south, but I’m not planning to leave permanently from here. This stems from my relationship with the nature and the fact that to me, it’s important to be able to be there, where my ancestors have also lived.

I dream of the rights of indigenous peoples would improve. Maybe someday, after 40 years from now, people are wondering, ”Oh, your rights did not fulfil at that time?” In the same way as women’s rights were once considered to be odd.

The Finnish people don’t have to think about what makes them Finns, nor to prove it. But if one calls oneself a Sámi, there may be a pressure to prove it. This emphasizes the importance of the own cultural symbols.

If I see a non-Sámi wearing the Sámi costume, I don’t get mad, but I wonder and maybe become frustrated. How can people think that the costume is just like that takeable to them? How would it feel if the Sámi people suddenly began to use the flag of Finland as a picnic blanket?

Colonization has shaped much the European culture, and this is prevalent also in Finland. The starting point in such a culture is an arrogant attitude that we can take what we find.” 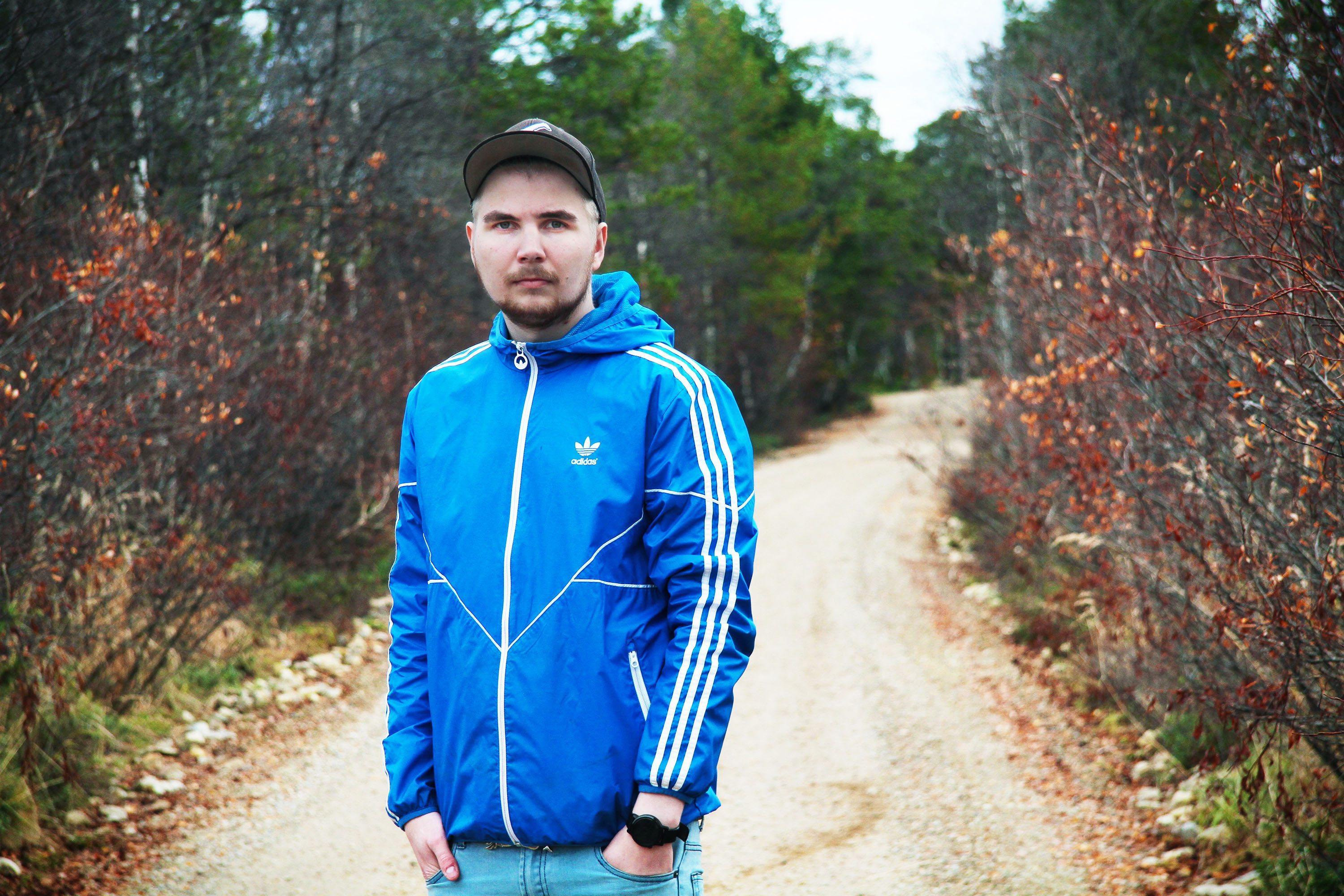 ”Skolt Sámi is my native language, and being a Sámi has never caused me an identity crisis. I grew up in Sevettijärvi, where people live, so to speak, at the heart of the Skolt Sámi culture. Daily activities were somehow related to Sámi theme.

In the south then, there are more people who don’t know about the Sámi. However, I think we’re going to a better direction. If in the past, there has been an attitude that the Sámi people are strange, people living in lean-tos, and whom to avoid, now the attitude towards the Sámi people might be changing. Maybe people see us already now or in the future as equals.

I have written Skolt in the matriculation examination as native language. Later, in the Sámi Education Institute, I got interested in making videos. There’s no need for them to drive some agenda, as long as Sámi languages are spoken in them and they are my own hobby. Now I study North-Sámi language because most of the Sámi people are Northern-Sámi. In addition, the language crosses the state borders, and is used as working language in the Sámi media world. In the future, I would want to do something which can provide me here. I have no wanderlust. Here’s the wonderful nature and so forth.

The Sámi people might appreciate a little bit different things than ordinary Finnish people. Nature, wildlife, water, and such. Here you also get used to the silence and that you manage by yourself while living in the woods. Or at least, if you disappear into the forest, you will not die right away in the first day.”