GUEST BLOGGER: In stories as in real life, white, good and honest is always opposed by something black, bad and deceitful. In Finland, the Roma have been seen as gypsies, dark, evil spirits, whose arrival was greeted with shouts of “Beware, gypsies!” or who were used to frighten children: “If you don’t obey, the gypsies will carry you away.” Racism is deeply rooted in Finland. The Roma are one of the minority groups who have faced racism for generations.

Due to this long history of social exclusion, it has become the norm for the Roma. So even well-educated and successful Roma find it difficult to name the injustices they face in the Finnish society. One of these is constant fear.

Many of the Roma I know avoid using public transportation, going anywhere alone at night, or going to to mass events, because they are afraid. Many have also said that they don’t want to speak up about the racism they face in fear of making things even worse for the Roma.

When fear has reached such proportions that it restricts your life and affects your decisions, it feels utopic to talk about an equal society.

Racism as a cause of trauma

While researching this article, I talked to Michaela Moua, a racialized Finn who works at the Ministry of Justice and as a therapist. She told me about race-based traumatic stress theory (Robert T. Carter 2007), where racism is identified as a cause of trauma. Especially racialized minority groups living in white environments can experience symptoms of post-traumatic stress disorder similar to those of a returning war veteran, because they are forced confront constant racism, otherization and marginalization. Symptoms include feelings of profound shame, depression, self-blaming, anxiety, and avoidance of social situations, substance abuse, self-medication and fear.
This can lead to a self-defeating vicious circle which slowly but surely leads to social exclusion and marginalization.

According to Moua, feelings of shame are strongly related to internalized racism. You begin to believe the negative messages circulating in the environment. In Finland, oppressed minorities are rendered invisible, their experiences nullified. If you don’t see representations of yourself in history, the media or schoolbooks, you begin to believe that your own story and experiences are meaningless.

When I heard about this theory I had an epiphany. While it is very sad to think that racialized groups around the world are suffering traumatic symptoms as a result of racism, hate speech, and social exclusion, it was nevertheless comforting to think that we Roma share the same difficulties with other racialized groups. It shows that we are not weaker than others.

Everyone has the right to feel safe

I began to think that perhaps Roma who deny or shut their eyes to the existence of racism are not trying to please white Finns, but rather are more like soldiers who have been badly traumatized in war and cannot even feel their own pain.

I hope for a future where black or Roma is not automatically seen as bad. I hope that Roma who have been hurt by negative stereotypes and racism get the help they need.

I hope that in the very near future we can live in a society where nobody is afraid to take a walk in the evening to enjoy the sunset over the city, where nobody has to postpone a shopping trip until tomorrow because it is getting late. Te right to feel safe in our society belongs to everyone, and that includes the racialized. 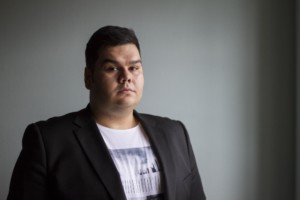 Writer is a Vice-Chair of the Young Roma Council