”I was 7 or 8 years old when I, with my parents, read letters written by South American tortured prisoners. This was the turning point where my aspiration to work for human rights was born”, recalls Eléonore Morel, Executive Director of International Federation for Human Rights (FIDH) in Paris. Morel is concerned about human rights and the erosion of democracy, especially in Europe, but also sees a lot of hope: ”We human rights defenders must stay strong and work together.” The Finnish League for Human Rights is a member organisation of FIDH in Finland. 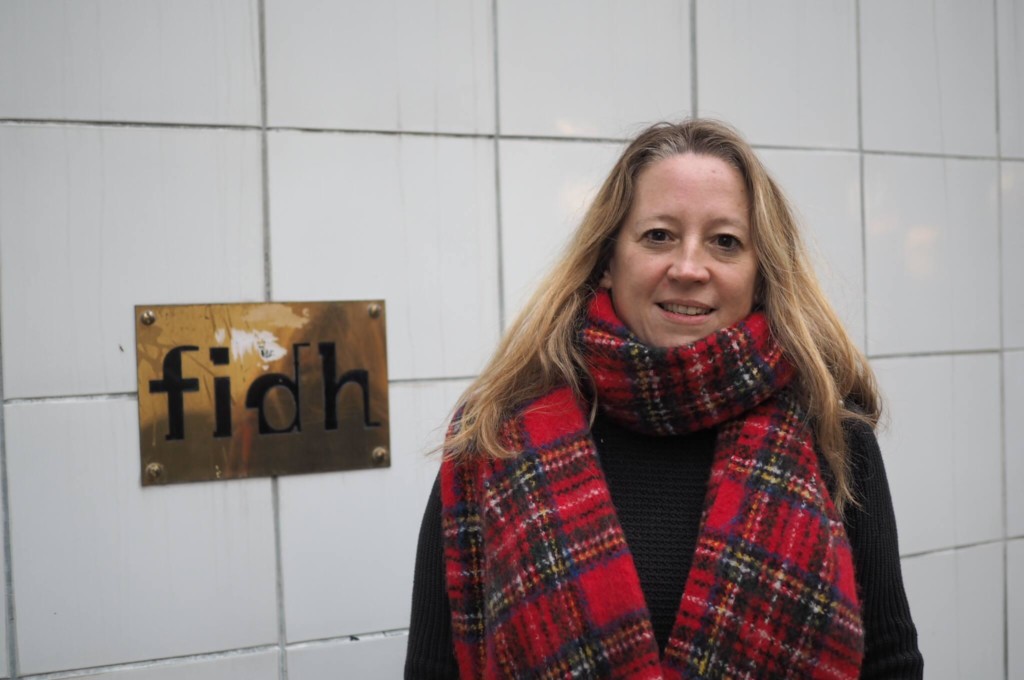 Eléonore Morel’s office is located in the corridor of FIDH’s modest office in the 11th district of Paris. Morel is clearly excited about her new job as Executive Director of FIDH. She is a lawyer by education, and has a long experience in human rights work and humanitarian operations around the world: she has worked for an anti-prostitution organisation in Thailand, against child labour in Argentina, and for UNICEF in Kenya. For nine years, Morel worked in France at a rehabilitation centre for victims of torture. In October 2018, Morel started at FIDH.

”As a kid, I really wanted to be a doctor, but my mathematics skills were not good enough, so I studied law. It was immediately clear that I wanted to work for human rights.”

”If countries had to sign the Human Rights Declaration today, it would probably not happen. The Declaration is very ambitious. It paved the way for human rights treaties and forms the basis of the entire international human rights system. Unfortunately, that system is now being undermined.”

Morel is particularly concerned about Europe

”What is happening now in Hungary, Poland and Italy is very alarming. Populists and the far right are increasing their support by intimidating people. It is no longer the case that governments are firmly committed to human rights, democracy and the rule of law, as we perhaps have been used to in Europe.”

How can we change the direction? Young people in particular need to be invited to act for human rights. In addition to NGO activities we need grassroots activism, Morel reminds.

”We also need to support and encourage the countries that want to adhere to and respect the international multilateral human rights system. I hope Finland is one of these countries.”

”We recently met with the French president Emmanuel Macron. We talked about the relationship between human rights and the economy. We also discussed how human rights are taken into account in trade with different countries and how France could promote an international treaty on business and human rights/ a treaty on corporate human rights responsibility. This seems to be a human rights issue that is of interest to politicians right now”, Morel says.

The relationship of globalisation, economy and business with human rights is also one of the central themes of FIDH’s advocacy work.

FIDH is a unique human rights actor in the world

FIDH is one of the few international human rights organisations with a broad mandate to assist victims of international crime in trials. FIDH has assisted thousands of people who have been victims of genocide, war crimes, torture and of a crime against humanity. The organisation in not afraid to raise human rights concerns in Europe. In recent years, it has published in-depth reports on the deteriorating human rights situations in Poland and Hungary and advocated human rights in the EU – FIDH has a small office in Brussels too.

”There are also issues in rich countries like Finland that we need to work together for. Human rights do not realise or progress by themselves. They must be actively defended. We have to stay alert – all the time”, Morel reminds.

In many countries, civil society and many FIDH member organisations struggle. Activities are restricted and office premises are raided. Some employees have been imprisoned for their human rights work, and even the lives of some are in danger. Just the week before our visit, the Nicaraguan member organisation was banned by the state and FIDH immediately began to plan activities to support the organisation.

However, Eléonore Morel wants to be hopeful about the future:

”There is also a lot of positive. New people are joining in and citizens mobilise to claim their rights. We have to keep moving and stay together.”